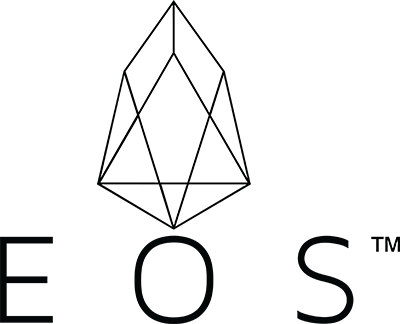 EOS refers to software that enables users to develop their own decentralized apps (dApps). This is strongly reminiscent of the Ethereum platform (What is Ethereum?).

However, compared to Ethereum, the EOS.IO software offers a solution for the scaling problem on horizontal and vertical level. Via the EOS block chain, millions of transactions can be performed per second with almost no transaction fees and custom dApps can be developed. The software was developed by block.one.

The current price development of EOS cryptocurrency is monitored by coinmarketcap.com:

block.one is a company based on the Cayman Islands. The company aims to bridge the gap between blockchain development and the real application of blockchain technology. Four people work together in the block.one team.

Brendan Blumer is the CEO of block.one. He has been working on the blockchain technology and its applications since 2014. Blumer started with the development of business models that allow trading crypto currencies in MMORPGs. He also worked with the 1Group in India and the operators of okay.com in Hong Kong.

Daniel Larimer is the CTO of block.one. He is considered the mastermind behind the proof-of-state concept and Decentralized Autonomous Corporations (DAC). Larimer focuses on innovative technologies, such as second generation crypto currencies and VR simulators.

Brock Pierce is a partner of block.one He is the Chairman of the Bitcoin Foundation (What is Bitcoin?) and a co-founder of blockchain Capital. Pierce is considered an entrepreneur and venture capitalist. In total, he is said to have generated over 200 million US dollars through his own ventures. A pioneering achievement in the gaming market in connection with crypto currencies is attributed to him.

Ian Grigg is also a partner of block.one. He develops, as a cryptographer in the financial industry, for over 20 years cryptographic platforms. He is considered the inventor of the Ricardian Contract and co-developer of Triple-Entry Accounting.

The Architecture of the EOS Blockchain

Compared to the Ethereum platform, EOS can be considered as an operational system. EOS does not try to build a decentralized world computer with the Internet infrastructure of tomorrow, but focuses exclusively on the development of its own block chain to provide a functional, cryptographic protocol for a real business application, so that users can easily develop their own dApps for their own purposes. Note: The dawn protocol has just been released as early alpha version 3.0 and allows among other things delayed transactions and a new coin/token standard.

A blockchain, which can be used to develop dApps, should ideally have the following properties:

A platform that allows you to develop your own dApps should have a support that can serve millions of users simultaneously. This also guarantees low waiting times. Longer waiting times could be bad for business.

The platform should also make it possible to easily update dApps that you have created yourself. It should also allow to run several types of dApps for different application areas at the same time. To what extent this is offered by the block chain of EOS will be discussed in the following.
The Consensus Mechanism of the EOS Blockchain

This is because computers within a decentralized network, also known as nodes, must interact with each other to agree on which changes within the block chain are generally recognized as correct by as many nodes as possible.

This agreement is the most general consensus between the nodes involved and follows rules which are defined in the protocol of a block chain. If no consensus is reached, nodes cannot agree on a common denominator and therefore cannot operate a common network.

The consensus mechanism of EOS is the so-called Delegated Proof of Stake. A proof of stake mechanism does not work with miners, but with so-called validators. Anyone who wants to become a validator must keep a minimum number of coins, in the case of EOS this is the EOS token, in a wallet for a certain time.

As a rule, validators then have the right to select hash blocks of the block chain, which are to be integrated into the block chain. If several examiners select the same block, the probability that it is a real hash block increases.

Because the examiners are bound by the rules of the protocol and immediately lose their own position in the event of malignant behavior, including the right to select blocks and all coins held, examiners have the incentive to behave fairly and correctly.

In contrast, via the Delegated Proof of Stake, the examiners do not select hash blocks, but select nodes that are allowed to generate hash blocks. All 21 blocks are reselected, with the best 20 nodes being automatically selected.

The 21st node is selected by the most votes. To get a good distribution, so that the whole network is not dependent on single nodes, the block generators are changed regularly. Selected nodes are also penalized for not generating blocks. Each node must have generated at least one block within 24 hours. To ensure this, nodes must cooperate with each other. This lowers the probability of a fork.

TAPOS stands for Transaction As Proof Of Stake. This means that each transaction contains the hash, a hexadecimal number, of the block header, the code that uniquely marks a hash block. This ensures greater security because a fork that has been brought about can be immediately recognized and prevented. Each node would immediately recognize if the hash of the block header in a transaction does not match the block of the EOs block chain.

TAPOS ensures, through the architecture of the EOS block chain, that there are almost no transaction fees. Transaction fees are often used for the provision of computing power. Because coin owners at EOS actually own the coins, they can use resources and carry out transactions in proportion to their ownership. They can also rent out their own resources. This basically means that the more nodes there are in the network, the more resources are available.

If a dApp developed on the EOS block chain is harmful, it can be frozen immediately by nodes until the “system” takes care of it.

As with WhatsApp, computers do not have to be online at the same time to exchange information. The nodes of the network are interoperable, they can interact with different systems of individual nodes.

Another factor is the governance model. Every network needs rules, a constitution to which it can adhere. The constitution of EOS, the basic rules that every node in the network must follow, is included in every transaction. This provides additional security because transactions that do not include the constitution can be sorted out immediately.