How To Cash Out Large Amounts Of Bitcoin 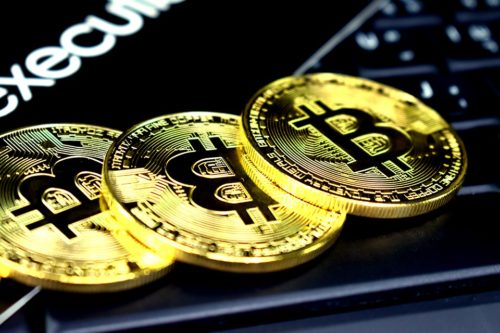 Paying out bitcoins is getting easier and easier. Because the virtual currency is slowly beginning to arrive on the regular markets. In the past, cryptocurrencies were only limited to the Internet, but today more and more companies and banks rely on virtual means of payment.

For traders and consumers, however, this also means a significant disadvantage. Now they have to pay particular attention to the exchange rates of the BTC. In reality, even small exchange rate fluctuations can lead to high inflation, or more or less a discount.

The only thing that is not yet possible is to have the coins paid out in cash. This possibility has not yet been considered, but we can be sure that resourceful developers will surely work on a solution.

In Europe, Switzerland and Austria are the main countries when it comes to integrating Bitcoins and other cryptocurrencies into the regular payment system.

Germany is slowly catching up, while the USA and various South American countries are already well ahead of the EU countries and their neighbours.

But the market continues to evolve on an hourly basis, offering investors new opportunities. An active start-up scene ensures that there are already many projects that either experiment directly with Bitcoins and their integration into regular payment transactions or offer active apps and solutions. In short: In the near future, Bitcoins and other virtual currencies will be offered on regular payment methods just like PayPal, just like the previous national currencies.

In the past, it was thought that the Bitcoin would merge with regular payment methods. What used to be unthinkable is now slowly becoming reality. Many banks already offer accounts with which investors can directly use the cryptocurrencies for their purposes. This is more than practical, as in many cases it is not necessary to open and manage the coins via an online wallet.

But the thing has at present still another hook: Usually such accounts are not free of charge and in contrast to the material currency there is often no protection for the investors. In addition, one must be aware that an online wallet is still required for trading.

Very few crypto exchanges accept payment with Bitcoins from a bank account. This of course limits the flexibility immensely and makes sure that the investors are uncertain which option is really the better one.
However, in the future it will probably be much easier to transfer Bitcoins to a bank account. Because no bank can afford it with such a positive perspective, which can be attributed to the cryptocurrencies so far, to oversleep the start into the market.

Even if the trade with Bitcoins is still attributed with a high risk, the linking of cryptocurrencies with real means of payment and methods is inevitable in the future. At least as long as there are Bitcoins on the markets and these are attractive enough for investors. The current boom approximately around the cryptocurrencies and Bitcoin fires the value development only and is the engine for the strong urge after new innovations in the bank, and financial service industry.

Cash out large amounts of Bitcoin whenever you want

In the past it was very difficult to transfer a Bitcoin into real currency. This has changed fundamentally in the meantime. Today the situation is such that you can pay comfortably with BTC. From pizza delivery services to online shopping – Bitcoin and Co are slowly but surely conquering the world and have long since established themselves as an alternative currency.

Often very much to the annoyance of the tax authorities. Because even if a tax is due on the yield, it is difficult to pay the sales tax and other consumption taxes from Bitcoin. At this problem many enterprises had to crack long, but meanwhile there are also here solutions, which are quite interesting.

However the fluctuating courses are here the largest risk, which changes with the transfer of the Bitcoins to the offerer on this. Who accepts the cryptocurrencies like Bitcoin as means of payment, must see that he can convert these as fast as possible into real money. This of course creates a stronger selling pressure, which will probably depress the prices of the BTC and other currencies a little.

So the greater flexibility has its drawbacks and could later develop into a boomerang for investors. Experts still think the impact is marginal. But this view could change in a few years’ time.

The current price of the Bitcoins is so high that even a minimal price loss quickly means real losses in several digits. As an investor, you must therefore consider whether it makes sense to use Bitcoins as a means of payment in the long term.

So far the developers of the Bitcoins did not admit themselves to this problem yet and offered also no solution. Whether this happens is questionable, however the pressure will become sometime higher and at the latest then must be reacted.