What is Ethereum (ETH)? 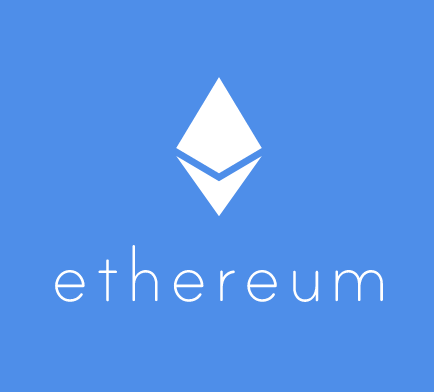 Ethereum is a decentralized open source platform for the development of smart contracts based on a blockchain technology.

Companies, developers or just any interested individual can use Ethereum in order to create their own Smart Contracts program (DApp) or own DAO – a decentralized organization.

In a broader context, Ethereum can be placed in the information technology sector. For any computer network, whether in the FinTech sector, the marketing sector, your own corporate network or in general, in any area where a client-server architecture exists, Ethereum offers a decentralized, secure, efficient and financially advantageous alternative. The name “Ethereum” was derived from the term “ether” / “aether” (the quintessence – Aristotle’s Fifth Element).

Ethereum – The Beginnings of the Blockchain Platform

The inspiring idea behind Ethereum

Vitalik Buterin, a talented programmer, is the driving force behind Ethereum. Already in the early stages of development of Bitcoin, Buterin wrote articles about how Bitcoin works and the block chain technology for Bitcoin Magazine. In 2013, Buterin first described the Ethereum platform in a white paper. A white paper describes, in brief, the most important cornerstones of a crypto project.

These include financing, technical details, implementation plans and future developments. The idea of Ethereum arose from Buterin’s involvement with Bitcoin. In his white paper, Buterin describes the need for Bitcoin to provide not only a decentralized mining network, but also a platform for the development of proprietary software. The platform should unfold the full potential of Bitcoin. In the Hegelian sense, the platform was to combine a dialectical synthesis between radical openness and radical privacy.

Buterin’s idea did not meet with approval among Bitcoin Core developers. As a result, together with Anthony Di Iorio, Charles Hoskinson and Mihai Alisie, he developed a platform on which users can develop, operate and offer their own DApps in the form of intelligent contracts. This platform was announced in January 2014 and today has a market value of approximately 48 billion US dollars (as of November 29, 2017). It is operated by the Ethereum Foundation based in Zug, the crypto valley in Switzerland.

ICOs are not really legally regulated and always carry the risk of fraud, but if the white paper can convince investors, they offer the opportunity to raise the necessary capital before implementing a project. For the investment in a project, investors usually receive a consideration in the form of so-called tokens.

Ethereum achieved a market capital of 18 million US dollars in Bitcoin at its ICO 2014. At the time of the ICO, an ether cost 0.30 US dollars, which is the token/crypto currency of the Ethereum platform. A total of 60 million ethers were mined for the ICO to be sold to investors. Of this, 20% went to developers and the Ethereum Foundation.

Ethereum’s platform consists of a decentralized, publicly accessible network based on a block chain. The network consists of many interconnected nodes. Every computer running the Ethereum software becomes a node. The software is called “Geth” and is written in the programming language “Go”.

Anyone who wants to become part of the network can download the software and run a node. Nodes form the backbone of the network. All nodes together form a kind of “world computer”. This computer network should democratize and decentralize existing client-server models. In essence, the platform is technically composed of a virtual machine, smart contracts and the crypto currency ether.

In a garden, several plant species can be planted next to each other, depending on space, climatic conditions and fertility. Pine plants can be planted there, for the extraction of wood to build a wooden hut, next to strawberries, raspberries and blackberries, for the extraction of fruit for a cake, and orchids, for aesthetic perception. What all plants have in common is that they are planted in the same garden.

Basically, the virtual machine is the runtime environment for all DApps and DAOs that are developed and run on it. Each node of the network, i.e. node, stores the entire Ethereum block chain and has a part of the EVM. The sum of the EVM parts of individual nodes forms the EVM. The individual parts of the EVM are written in the programming languages C++, Java, JavaScript, Go, Ruby, Python, Rust and Haskell. Each node executes the same instructions to ensure that the platform runs smoothly.

The EVM has the following functions:

For detailed information, please refer to the Yellow Paper by Gavin Wood:
https://ethereum.github.io/yellowpaper/paper.pdf

Smart Contracts build on the EVM. They are digitalized, determined contracts between two or more trading partners. They can be built on EVM in the form of a DApp or a DAO. They have the following characteristics:

In the network they are registered as independent users. They have the same status as a human user. This has the advantage that they can be monitored by other users of the network. Fixed conditions are formulated in the contracts, what should happen when and how, when an event occurs or does not occur.

Depending on the event, the signed conditions are executed automatically. In concrete terms, this means that Fabian can conclude a digital contract with Kevin for the delivery of engine parts. This agreement will be converted into a program code. This program code is stored on the block chain of Ethereum.

The agreement includes, for example, the agreement that Kevin will receive the money for the engine parts when they arrive two weeks after the order. The agreement is linked to a software that can check whether the parts have been delivered or not.

When the digital contract receives the information that the parts have been delivered, it automatically transfers the amount paid by Fabian in ether to Kevin’s wallet address. If the software detects that the parts have not been delivered after two weeks, the digital contract can cancel itself. In this case Fabian will get his money back. This is an example of an agreement that can be set out in a Smart Contract.

Ether is the token linked to the Ethereum platform. Ether is used to settle the Smart Contracts and pay the Ether miners. The token is the fuel of the Etherum platform.

Mining can be operated via the already mentioned Ethereum software Geth and has the purpose to generate new ethers. As with Bitcoin, ether is still generated by the proof-of-work algorithm, whereby a new block can be added to the block chain every five seconds. However, the concept will be changed to Proof-of-Stake in the near future. Miners will also receive a reward of three ethers for each block, which they can also sell.

The Ethereum price history begins on July 22, 2014, when the Swiss foundation “EthSuisse” announced a 42-day crowdsale, the Initial Coin Offering of Ethereum.

During the ICO, early investors were able to purchase an ether for just $0.30 US. A total of 60 million ethers were distributed at that time, representing a market capitalization of $18 million.

About a year later, the Ethereum platform went live and the first traded tokens reached a value of up to 2.80 US dollars. In 2016, the value increased again and reached around the $10 mark. For ICO investors this already meant a remarkable 30-fold return on investment.

In 2017, the ether exchange rate experienced exponential growth, which should increase the price of the cryptocurrency to up to $1,377.72 per ETH. ICO investors, who held up to the all-time high, enjoyed a gigantic profit of 459.140% – or in other words: the investment was multiplied more than 4000 times.

Ethereum offers a peer-to-peer payment system in the form of Ether in combination with Smart Contracts, which form a platform where users can develop and operate their own DApps and DAOs.

The heart of Ethereum is the EVM, which can be used as a test and development environment. Examples of successful projects based on the platform are DApps of type 2, such as Augur and Gnosis, which offer a platform for prediction markets, Etheroll, an online gaming provider, or the Luxembourg Stock Exchange, which developed digital signatures for verifying the authenticity of documents.

All in all, the Ethereum platform provides a cryptographically secure environment for the easy development of own DApps and DAOs. The Ethereum is predicted to have a more breathtaking future than the Internet 3.0 or the world computer.

To achieve this goal, there is a fixed Ethereum Roadmap. Metropolis is an update that will make Ethereum easier, faster and safer. Metropolis itself is divided into two phases: Byzantinum and Constantinople which was successfully completed on 01.03.2019.