What is Cardano (ADA)? 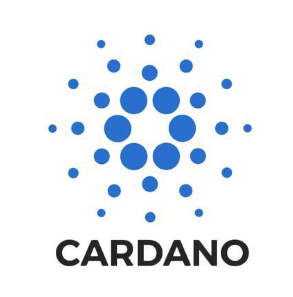 Cardano is an ambitious block chain project that aims to provide secure and scalable value transfer for governments, businesses and individuals. It is a third generation block chain platform.

Unlike some competitors, such as Ethereum, NEO, Bitcoin and ARK, Cardano works with a methodical, scientific approach. The platform is developed by researchers and scientists.

Each development step was logged and checked by so-called peer reviews before it was integrated into the entire platform. Cardano has been in development since 2014 and is still not fully developed.

However, the mere claim to learn from the mistakes of other blockchain projects and to follow a methodical and scientific approach makes the platform a serious competitor.

Cardano – Who is behind it?

There are three main players behind the platform: the Cardano Foundation, Input Output Hong Kong and Emurgo.

The Cardano Foundation is run by five people. Michael Parsons FCA is the Chairman of the Foundation. Tom Kelly is the Marketing and Community Manager, Bob McDowall is a Special Advisor, Steve Wagendrop is the Delivery Assurance Manager and Juliette Adelfang is the Project Administrator. The team behind the Foundation ensures a high level of transparency regarding the development of the platform.

Every step of the development is logged and recorded with scientific meticulousness. This ensures that everyone involved in the project can see the development status at any time, which prevents undesirable developments.

Emurgo is a Japanese company that helps companies to integrate block chain solutions into their own systems. It also finances start-ups. Emurgo is for the interface between the platform and the business world.

All in all, the Cardano Foundation is responsible for building a community, marketing the platform and providing education on crypto currencies. Input Output Hong Kong provides the manpower for the development of the protocol and Emurgo helps to establish the protocol on the market.

Cardano aims to learn from the mistakes of other block chain projects using academic methods. How it implements this is described below.

This primarily means that the protocol works with two different layers. On the one layer, the so-called Cardano Settlement Layer (CSL), information is transferred via transactions, as with Bitcoin. This includes information about the amount, the remitter, the recipient and the transfer time. The platform token, ADA, is also transferred on this layer.

On the second layer, the Cardano Control Layer (CCL), account data is processed. This includes information that is stored in a smart contract, for example, but also digital identities. The separation of the two layers has the advantage that updates can be carried out separately and selectively. It also makes the platform more secure because a hack from one layer does not affect the other. This enables the platform’s developers to store and process metadata of personal data separately and securely.

2. Proof-of-Stake instead of Proof-of-Work

If a stakeholder behaves only to his advantage, for example, if he tries to manipulate transactions for his own benefit, the protocol recognizes this behavior and excludes this stakeholder directly from the network. This also includes the complete loss of the coins held. Under certain circumstances, this can be very expensive for a stakeholder.

If a stakeholder behaves according to the rules, he is part of a decentralized network with other stakeholders. All stakeholders have the function of checking and verifying transactions, measured against the respective protocol. The more stakeholders confirm a transaction, the more likely it is that it was executed correctly. For operating a node, stakeholders are rewarded for each verification of a transaction block.

The platform uses a form of proof-of-stake algorithm that allows nodes to be selected and voted upon. The Delegated Proof-of-Stake-Algorithm (dPoS) allows stakeholders to select so-called consensus nodes. These nodes perform a special form of task, they confirm the correctness of transaction blocks, which are integrated into the block chain. Each stakeholder has the possibility to operate a consensus node by himself if he is elected. In addition, each stakeholder can elect any other stakeholder.

Cardano uses the Delegated Proof-of-Stake algorithm Ouroboros. This algorithm was developed on a scientific basis through intensive collaboration between the Tokyo Institute of Technology, the University of Edinburgh, the University of Connecticut and Input Output Hong Kong. As with Cardano itself, each development step was scientifically tested several times before it was finally integrated into the protocol.

Ouroboros works with so-called time epochs. In each epoch there are different time intervals, so-called slots, which represent potential blocks. An algorithm ensures the random selection of a consensus node, which can select a slot and fill it with transaction information. Once a block is created, the block is passed on to other nodes for review. In each time period, all newly created tokens are collected in a pool and then distributed to individual nodes according to their participation.

The lumberjacks who selected this lumberjack will share in his yield. For their vote they hold a certain amount of wood that they can sell for their own livelihood. When the time window closes, a new logger is selected and the yield is shared among all the loggers.

The key feature of the Delegated Proof-of-Stake algorithm is that consensus nodes can process several slots on many different block chains at the same time. This solves the scaling problem. The platform makes use of the sharding concept, which is currently being implemented at Ethereum.

The use of Haskell offers the advantage that every programmer has to program according to the same rules in order to advance the development of the protocol. The mathematical principles of this programming language virtually exclude human error and make it easier to check already programmed parts of the protocol. The Wallet Daedalus not only stores ADA tokens, but also acts as a node, which allows the staking described above.

The governance model is crucial for the future development of a project. In order to be able to operate governance, which means nothing else than to lead and decide, a model is needed, after which decisions can be made. Cardano’s governance model works via the block chain.

Stakeholders, i.e. owners of ADA, can decide which future developments are to be integrated into the block chain. This form of governance offers the advantage that each stakeholder can vote on an equal and grassroots level. This involves the community directly and makes hard work superfluous.

Voting results, for example on whether to use another programming language in the future, are achieved before they are implemented in the protocol. The decision to perform a hard-fork, a system update, is thus not only in the hands of the developers. The governance model has not yet been fully implemented.

Another factor is the financing of future developments of the protocol. From each generated block of the block chain 25% of the revenue is retained. This ensures the further development of the protocol and the entire platform. This has the advantage that no crowdfunding or IPO needs to be held to ensure the future development of the platform. All in all, this type of financing offers greater independence from investors, but makes a large community all the more important.

Cardano is a platform that has set itself the goal of offering a third generation block chain. From the beginning, the platform has been designed in such a way that it can also be used by governments as a transaction system. From the very beginning, the developers have ensured that the use of the ADA token is compatible with legal regulations in a wide variety of countries.

Compared to Bitcoin and Ethereum, Cardano combines the approaches of both platforms. This includes the development of DAOs, dApps and the use of a decentralized, peer-to-peer transaction system. The platform could ensure that crypto currencies can be used internationally, legally. The platform ensures this through its scientific and methodical approach. To the current Cardano ADA course or to the article Buy Cardano.